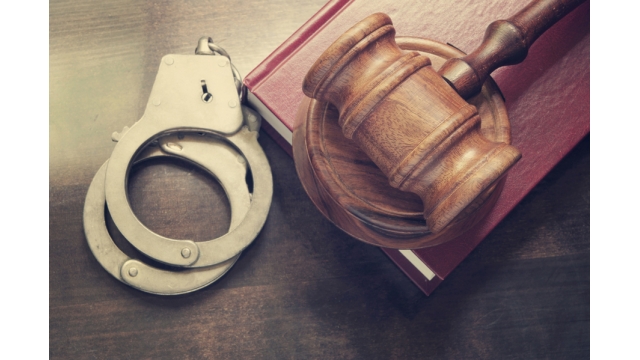 Citizens Commission on Human Rights International, a mental health industry watchdog, has been reviewing psychiatrists’ inability has been reviewing psychiatrists’ inability to predict violence as part of its investigation into shockingly violent crimes committed by those who were taking or withdrawing from psychotropic drugs or who had undergone mental health treatment and hospitalization. In a sample of over 125 documented cases since the late 1980s, CCHR found numerous instances where psychiatrists evaluated and determined that the perpetrator, who had usually already received treatment, was not a threat to others, yet went on to kill.

While studies show that treatment may more likely induce violent behavior than prevent it, which many psychiatrists refuse to acknowledge, at the same time they admit that they have no way of predicting dangerousness. Stephen D. Hart, a psychologist at Simon Fraser University in Vancouver commented on this, stating, “There is no instrument that is specifically useful or validated for identifying potential school shooters or mass murderers.”[1]

A study conducted by a group of lawyers and psychologists and published in February 2020 in the journal Psychology Science in the Public Interest found that many tests used in courtrooms are considered scientifically unreliable; in the headline, the journal dubbed them “junk science.”[2]

The American Psychiatric Association’s Diagnostic and Statistical Manual of Mental Disorders specifically says it is “not sufficient to establish the existence for legal purposes” of a “mental disorder” or “mental defect,” in relation to “competency, criminal responsibility or disability.”[3] Case in point was a man who shot at nine people, killing four. Attorneys asked a psychiatrist, “How well can you or any other psychiatrist or doctor predict the future conduct of another human being?” The psychiatrist responded: “Poorly. Psychiatry is a very inexact discipline. And the data that we do have about prediction indicates that the long?term prediction of violence is more often wrong than right.”[4]

Other examples are in the full article which can be read here.

Yet, the insanity defense has been used in numerous trials involving school or community shootings. Found incompetent to stand trial or guilty but “mentally ill,” perpetrators can be sent temporarily or long-term to a psychiatric facility to be forcibly drugged until they are deemed competent to stand trial or can be released. In one such case, the cost to the state was close to $350,000 spent on psychiatric treatment.

CCHR says that psychiatrists ignore the studies linking psychotropic drugs to violence, yet psychiatric hospitalization and prison mental health services rely upon these drugs as “treatment.” Defendants deemed “mentally ill” can now be sent to mental health courts to be tried for misdemeanors, but these courts are conduits to forced treatment that includes hospitalization and “medication.”[5]

Governments have been falsely led to believe that mental health courts will give the accused better access to mental health treatment, that this will help them, and that this could reduce the prison population and crime. In California, Eric Harris, public policy director at Disability Rights California stated: “In no way should there be a forced situation where you’re shoving needles into people or forcing them to take medication, that’s where you get into people who resent it and regret it and they go down a spiral of self-medication or any other number of issues.”[6]

CCHR points out another irony of psychiatric medication, which is also used in executions. “On the one hand the drugs are advocated as therapeutic but they can cause violence, leading to crimes being committed and criminal prosecution. And on the other end of the spectrum, they are used on death row,” said Jan Eastgate, president of CCHR International.

In February 2022, the execution of a convicted Nevada killer was stalled because state officials were unable to secure sufficient vials of the sedative ketamine, one of three drugs used in state executions.[7] Ketamine, an anesthetic and hallucinogen, is also prescribed to treat depression and in the administration of electroshock treatment. The killer, now aged 23, had also been prescribed psychiatric drugs since the age of 13.

There’s a shocking history of failure in the mental health system to prevent a percent of its patients subjected to years of mind-altering psychiatric treatment from becoming violent.

CCHR’s co-founder, the late Thomas Szasz, a professor of psychiatry, was uncompromising on the need to remove psychiatry from the criminal justice system: “The introduction of psychiatric considerations into the administration of the criminal law–for example, the insanity plea and verdict, diagnoses of mental incompetence to stand trial, and so forth–corrupt the law and victimize the subject on whose behalf they are ostensibly employed.”[8]

CCHR says its information is not to excuse violent crimes and make the perpetrator blameless, but to demonstrate why there may be a much different type of violent behavior that police and the community face today compared to 50 years ago. “Psychiatric assessment that cannot predict dangerousness, court-ordered ‘treatment,’ including psychotropic drugs that potentially create or exacerbate troubled mental states, should be eliminated from our criminal judicial system,” Eastgate said. “It doesn’t ‘cure’ the individual or protect the community.”

[2] “A New Study Challenges the Reliability of Court Psych Exams: A team of lawyers and psychologists reviewed 364 exams used in the legal system, finding a third of them don’t pass muster with forensic mental health experts,” Wired, 2 Mar. 2020, www.wired.com/story/a-new-study-challenges-the-reliability-of-court-psych-exams/

[4] “ONCE A KILLER; A GUNMAN CONVICTED OF SHOOTING NINE PEOPLE AND KILLING FOUR OF THEM IS TRYING TO BE RELEASED FROM A MENTAL HOSPITAL,” 48 Hours, 12 July 1999