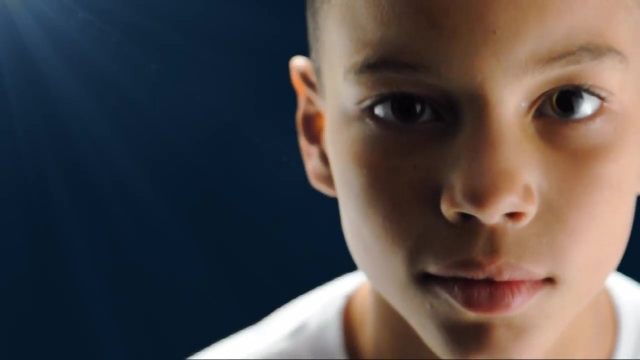 November marks the 20th anniversary of the Fight For Kids (FFK) campaign launched by Citizens Commission on Human Rights International (CCHR)–the longest-running campaign against coercive psychiatric labeling and drugging of children in the U.S. In 2002, CCHR documented how parents were being forced to give their children psychiatric drugs as a condition of attending school or face charges of medical neglect. CCHR established the pivotal FFK campaign to champion parental and children’s rights, taking what was a constitutional abuse to state and federal levels, testifying before legislatures, and obtaining Congressional hearings. As a direct result of this, there are now 16 state laws and the federal Prohibition on Mandatory Medication amendment, which all in some way prohibit the forced or coercive drugging of children, especially through schools.[1]

Prior to 2002, there were about 8 million American children on psychiatric drugs. Children 5 years old and younger had become the fastest-growing segment of the non-adult population prescribed antidepressants.[2] The drugging of children with stimulants was so abusive that a Michigan legislator called it “a cultural practice.” Children were expected to “Say No to Drugs,” but “Yes” to “ADHD” stimulants–methylphenidate–while the Drug Enforcement Administration warned it was more potent than cocaine.[3]

Compounding this was that parents were not informed that ADHD has no medical test to confirm its validity as a “disease” and psychiatrists could not–and still cannot–establish any etiology for it. Parents were misled that it was a “disease” in the same way as diabetes. But as one leading doctor pointed out, while diabetes is an insulin deficiency, ADHD is not a methylphenidate deficiency that can be “corrected” by a drug.

The campaign’s mantra “Childhood is not a Mental Disorder” with its Public Service Announcement amassing over 8 million views, had parents seeing the need to use non-psychiatric drug solutions and creative outlets for their children. One teacher praised the PSA and its necessity because “The sad thing is there are so many kids that are screwed for life because someone thinks they have a problem.”[4]

FFK actions span many areas, including the education and foster care systems.

In fact, through massive awareness campaigns that CCHR’s FFK campaign was a part of, in children ages 0-17, there’s been a decline of more than 2.2 million taking psychiatric drugs since 2013, of which 1,248,919 were those taking ADHD stimulants.

This is significant given the billions of dollars spent on the advertising and marketing of the drugs, for which is expected a return of increased numbers of children and adolescents taking drugs that can have serious adverse effects, including suicide and violence.

From CCHR’s headquarters in Los Angeles, the FFK campaign has worked on issues that include:

— Warning states about the brutal electroshocking (ECT) of children ages 5 and younger. Six out of 10 states identified have now stopped this brutal practice. (CCHR continues its work to have all ECT prohibited no matter the age.)

— Joining parents, groups such as ABLECHILD.org, doctors, and attorneys in successfully pressuring the Food and Drug Administration (FDA) in 2004 to issue stringent “black box” warnings that antidepressants can cause suicidal thoughts and actions in children, teens, and young adults.

— Providing language for FDA reform in 2008 that made it mandatory for all pharmaceutical print ads to advise patients to report drug adverse reactions directly to the FDA’s MedWatch system. Following the first ads being published, the number of Adverse Drug Reports (ADRs) to the FDA increased by 37%.

— In contributing to the nationwide push against antipsychotic drug abuse of foster care children, the FFK campaign helped raise awareness about this through Congressional visits calling for oversight. By 2014, 31 states reported having instituted such oversight. Antipsychotic use started to decline–between 2009 and 2017, there was a reduction of 221% in children ages 2-7.[6]

— For the past seven years, over 7,000 state legislators each year have been provided with educational information on electroshock treatment abuse, school shooters influenced by psychiatric drugs known to induce violent and suicidal behavior; and the restraint and sexual abuse of children and teens in for-profit psychiatric facilities. Legislators have responded to the alarming reports of child abuse.

In response to the Mandatory Prohibition on Medication amendment, Beth Clay, a former Senior Professional Staff member in the Committee of Government Reform in the U.S. House of Representatives, stated: “The most important impact CCHR has made was the increased awareness on Capitol Hill of this issue–that we are forcing medication through schools.”

Former Congressman Dan Burton credited CCHR’s work stating: “CCHR is a shining example of what people can accomplish in a free society. Through united action, effective education and advocacy, CCHR has helped to bring about critically needed healthcare reforms that make our society and country a better place.”

CCHR’s Fight For Kids website, also available in Spanish, is an invaluable resource for parents, teachers, and policymakers.